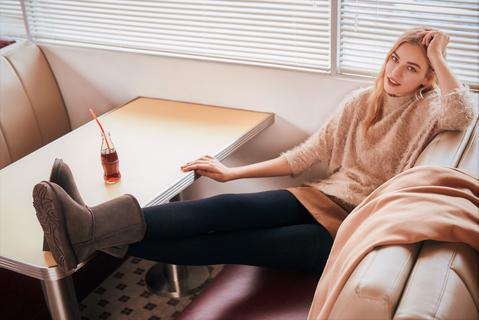 The humble ugg boot has become a cultural icon in Australia, with a long and somewhat mysterious backstory.

Around the 1960’s, Ugg boots started gaining mainstream attention and worked their way into the hearts (and living rooms) of families across the country.

The warm, fleece-lined boots were made popular by the Aussie surfing community, who found solace in their ideal post-surf footwear and shared them with the world on their travels.

So where did Ugg boots come from, and why are they called ugg boots? Many believe the origin of the Ugg boot can be traced back to World War I and World War II. Temperatures inside unpressurised fighter plane cabins would often be well below freezing, and the pilots would resort to any means necessary to stay warm. Along with fleece lined jackets and hats, sheepskin footwear was the obvious choice for the pilots.

Hence the ‘flying UGG boot’, or ‘fug boot’ for short, became popular. Over the years, there have been numerous folks coming forward claiming to have invented the now famous Ugg boot, or at least coined the term. However, as is usually the case where commercial interest is involved, it is difficult to determine the legitimacy of these claims.

Based on the popularity of the iconic footwear, the term “Ugg” is trademarked by a US corporation outside of Australia and New Zealand. For Aussies and Kiwis however, the term ugg is so generic it’s considered a style of footwear. Australian made Ugg boots continue to be extremely popular in the colder months, and are a must-have for all ages.

Despite the origin of the name being a little harsh on the ugg’s aesthetic appeal, by the 1990’s, the unique look and superior warmth and comfort had caught on in mainstream culture and fashion.

There is no doubt the ugg boot has received its fair share of love and criticism in the world of high fashion, but if you have owned a pair of quality ugg boots or slippers, it’s pretty clear there is no comparison. Designed for both men and women, and available in a range of colours and styles, the ugg boot is an essential part of the Australian wardrobe.

You can browse through our entire range of ugg boots and find the perfect pair for yourself or a loved one. Treat yourself to the warmth and comfort only an Ugg can provide.

Got a question? Get in touch with our team at [email protected]